So I am currently interning at NonStop Games, an awesome startup that focuses on mobile and social gaming using HTML5 technology and node.js. And here’s an image about an ultra-secret project we are currently working on:

Anyway, recently I was assigned a task to write a world map generator for this game, and I thought the algorithm I came up with is worthy of a blog post ;)

Please note that all codes in this post have been simplified and re-written, so there might be bugs ;P

The map is two-dimensional with quite a large size (hundreds of tiles on each side), and the generator should fill it with cities and various terrain tiles. Here I am only going to talk about the cities because the part about terrains was less interesting.

Of course, the first step is to implement a deck shuffling algorithm. We just need a small tweak here: transform the two-dimensional map into a one-dimensional array. Here’s a rough sample of the code:

But there are some specifications about the cities: we do not want two cities to be too close, nor a city to be too far away from its neighboring cities - this will create bad gaming experience for the players. So we need to enforce a shortest distance s and a longest distance l between cities in the random generation.

To enforce a shortest distance is easier: we just need to modify the routine that removes the element after it is selected. So other than removing the tile that is marked as a city, we also remove all the tiles around the city that are within the shortest distance.

But now we need an extra attribute: in order to ensure that we can ‘find’ the surrounding tiles in the random list from a two dimensional map we used to find nearby tiles, we now need to label all the tiles with their positions in the random list. So we add a pos attribute to the tiles and update it whenever we do a swap.

Also, we now need to reduce the size of the random list by more than just one per iteration, since we are removing (possibly) more elements that just the one tile we select. As a result, we are no longer using the for-loop above, and it appears to be more convenient if we just pop away those removed elements.

To implement getPosOfTilesAround function, we can simply do a Breadth First Traversal on the two dimensional representation of the map. Note that we will filter away all tiles that are marked as removed.

So we come to the last part of the generation routine - how to make sure that cities are not too far away? My solution is to maintain a ‘priority list’ that contains tiles that ‘should’ be chosen as cities. That is, when we mark a tile as a city, other than removing the closer tiles, we also place another ring of tiles within the ‘longest distance’ into a list that has a higher priority of being picked. So now we will only select tiles in the priority list, and only proceed to select tiles in the random list if the priority list is empty. This will in theory ensure that for every city, there will be at least one other city within the longest distance specified. And in practice, there will almost always be enough cities within the longest distance.

So here is the final outline: 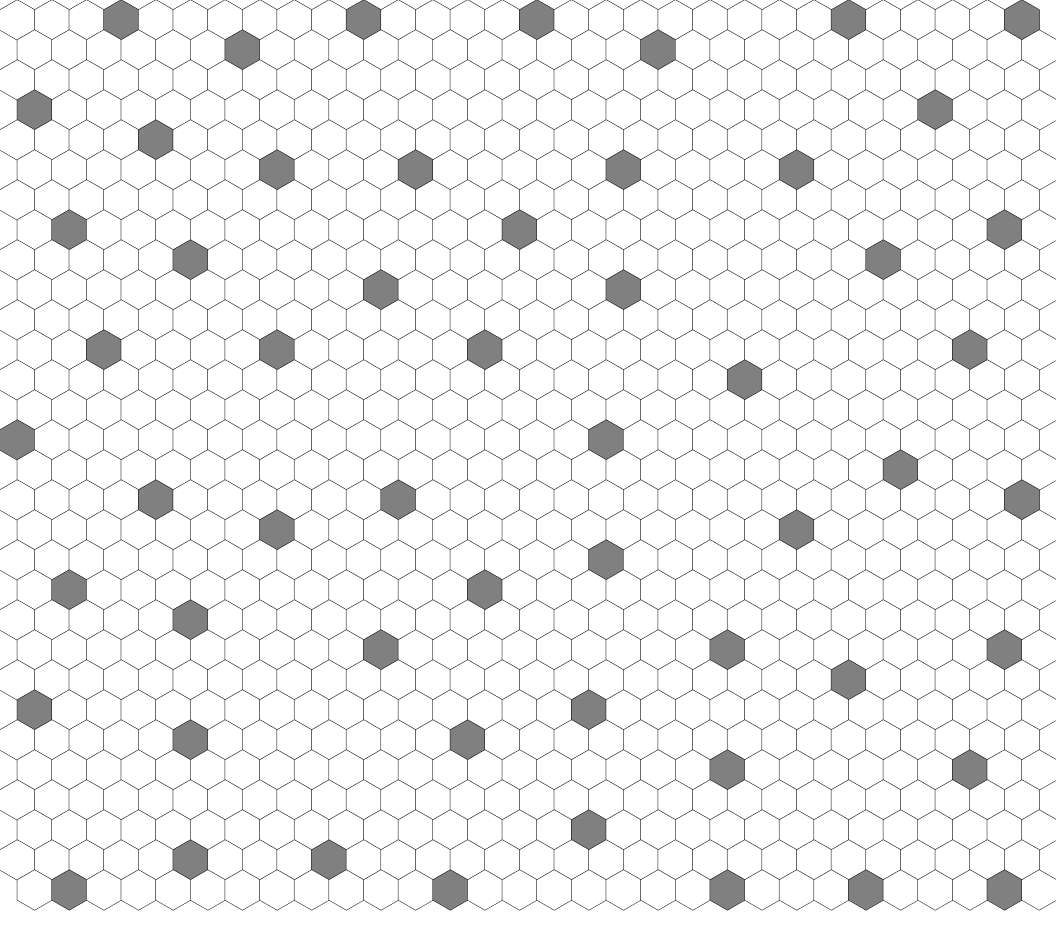